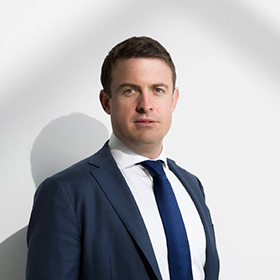 CSL has demonstrated a clear Dynamic Capability over time that has crossed both Plasma and Influenza markets. It has form in creating a sustainable competitive advantage by combining product portfolios, manufacturing and distribution to drive significant shareholder value. CSL is now entering the Renal and Iron Deficiency market through the acquisition of Vifor Pharma, which presents a material opportunity over the long term. Here, we evaluate how Vifor fits into CSL’s strategy, using the context of its past acquisitions.

In December last year, CSL announced a material acquisition of Swiss-based Renal and Iron Deficiency company Vifor Pharma for US$11.7b, funding it with a US$5b institutional placement and SPP. The acquisition represents a material step out from its core Plasma and Flu businesses. However taken in the context of CSL’s history it looks more like a logical extension of its capabilities into a new market.

At ECP, one of the key characteristics of a Quality Franchise is that it holds a Dynamic Capability (DC). DC’s are change-oriented capabilities that help a firm redeploy and reconfigure their resource base to meet evolving customer demands and competitor strategies. DC’s ensure that a firm’s Sustainable Competitive Advantage stays fresh and relevant as markets change. CSL appears to exhibit this through its M&A track record.

Though we are sceptical of acquisition-based growth, we are fundamentally optimistic about CSL’s takeover of Vifor. Vifor is a business with few competitors in a structurally growing market that diversifies CSL’s core business. We believe this is further evidence of CSL’s skill at efficiently deploying capital in attractive growth areas.

Since its listing in 1994, CSL has acquired several companies that have shaped its performance over the past 30 years. Below, we look at its acquisitions of Nabi Plasma centres in 2001, Aventis Behring in 2004, and Novartis Flu in 2015.

We believe the company’s M&A track record from 20 years ago is still relevant today given the CEO at the time, Brian McNamee, is now CSL’s Chairman. Furthermore, the current CEO, Paul Perrault, came to CSL through the Aventis Behring acquisition, where he was executive vice president of worldwide commercial operations.

In 2004, CSL acquired the second-largest plasma player, Aventis Behring, for US$925m, in a period where severe IVIG oversupply and adverse currency movements caused profit to almost halve, with EPS down 43% to US$0.44 in FY03.

The acquisition proved to be transformative. Behring increased the number of products that CSL produced per litre of plasma from two to five, adding the haemophilia and specialty products franchise. Making more products from the same litre of plasma is hugely margin accretive as it utilises proteins that were previously being discarded. This materially drove its profit per litre and is now a key source of their competitive advantage.

At the time of acquisition, the combined business generated ~US$2b in plasma product sales. By FY05, CSL had tripled its profit to US$370m and halved its debt, while EPS increased from US$0.44 to US$2.77; albeit aided by a recovery in the plasma market.

CSL’s Behring acquisition combined with its US$150m acquisition of Nabi (47 collection centres) in 2001, helped consolidate the industry and vertically integrate the plasma business — leading to a more stable market for its core products. Today the Behring division generates US$8.5b in sales and US$3.1b in EBITDA and remains a leader in the market.

CSL has a long history in Influenza vaccines dating back to the early 1900s when Commonwealth Serum Laboratories was first established. In 2002 it extended its vaccine supply into the northern hemisphere and grew the business from US$245m in FY03 to US$433m in 2014 with Influenza vaccines totalling US$125m. However the business still lacked scale, reporting just US$14m of EBITDA and -US$6m of EBIT.

In 2015, CSL acquired the loss-making Novartis influenza vaccine business for US$275m, giving CSL the scale and differentiated product portfolio it needed. Novartis brought with it Fluad; a differentiated adjuvanted vaccine, Flucelvax; a next generation cell-culture vaccine and Holly Springs; a US$1b underutilised cell-culture production facility. The combined business, renamed Seqirus, catapulted to the number two scale player in the industry.

At the time, the pro-forma combined business generated US$650m in sales and an EBITDA loss of -US$140m, with a target to grow the business to US$1b in sales and US$200m of EBIT by FY20. Last year CSL blew through that target, delivering US$1.7b in revenue and US$483m in EBIT. Not bad for a US$275m acquisition five years later.

What is CSL’s plan for Vifor?

CSL’s past acquisitions show a clear strategy of combining assets that together shape the structure of the industries they operate in through vertical integration and consolidation. They also create a durable competitive advantage by combining product portfolios, manufacturing and distribution — delivering significant value for shareholders.

On its own Vifor does not do this, but it does give CSL scaled entry into an attractive, structurally growing market for the company to continue to build on into the future. Noting the above examples in Plasma and Flu, CSL is likely to integrate other assets into Vifor to enhance its competitive position.

Vifor is an attractive asset

Vifor will make up <20% of CSL’s revenue focusing on therapies that serve the Iron deficiency market, Chronic Kidney Disease (CKD) and Dialysis. It is a market likely to see structural growth driven by increasing incidence of obesity and diabetes.

Similar to CSL’s core market Primary Immune Deficiency, Iron deficiency remains an under-diagnosed and under-treated condition. Many of the company’s products are market leading and have little direct competition, though some are set to come off patent over the next five years, increasing the risk of generic competition.

Vifor also adds ~30% to CSL’s product pipeline with three product launches in the next two years. CSL can add value to these by expanding distribution into its wider global network, adding to growth and replacing revenue that is at risk from generics.

How we measure success

At ECP we are focusing on earnings accretion and Return on Invested Capital (ROIC). CSL has guided that Vifor will be immediately low-to-mid teens EPS accretive assuming full synergies. Interestingly CSL’s estimate of synergies appears conservative. It expects that US$75m of synergies will be achieved within 3 years. This is the same amount that CSL guided for its US$275m acquisition of Novartis Flu. While CSL’s core business has less crossover with Vifor than with Novartis Flu, Vifor is a much bigger business.

With the inclusion of Vifor earnings and the capital CSL has deployed into the acquisition, we estimate ROIC will fall to ~13%. This pushes the seven-year rolling KPI under the LTI threshold by FY24. This indicates management sees a lot more upside from the acquisition as CSL will require substantially higher synergies and earnings to achieve its LTI targets.

We note that excluding the associated amortisation of acquired Intangibles, a common practice, will likely help CSL achieve its ROIC target; however, it is still a lofty goal. The degree to which CSL’s earnings growth is from material synergies or through adding back amortisation will dictate how much shareholders will benefit.

CSL has proven a clear ability to manage change in its resource base — their Dynamic Capability in creating durable competitive advantages through combining product portfolios, manufacturing and distribution continue to drive significant shareholder value.

The company’s share price has underperformed over the past six months with investors focusing on the delayed recovery in plasma collections, donation inflation and the market swallowing a US$5b capital raising.

However, we note that with plasma collections recovering, attention is likely to shift to the outlook for the renal acquisition and what else CSL may be planning for it.

The sizable Vifor acquisition indicates that CSL’s attention is turning to the Renal market. Considering their success in the Plasma and Influenza markets, perhaps we are seeing history repeat again.

The article has been prepared by ECP Asset Management Pty Ltd (ECP). ECP is a funds management firm based in Sydney, Australia. For further information, visit www.ecpam.com. This material has been prepared for informational purposes only and is not intended to provide and should not be relied on for financial advice. ECP and the analyst own shares in CSL Ltd. ABN 26 158 827 582, AFSL 421704, CAR 44198.