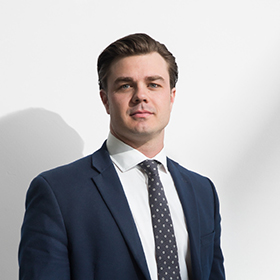 At ECP, we spend a lot of time researching exceptional businesses, looking for rare combinations of competitive advantages that create conditions where strong profitability can be protected and compounded over time. Block is a fascinating historical and present-day case study, and we draw out what we believe are the observable patterns of its past and those being used today to build deeper advantages in the future.

There is abundant academic and investor literature on different types of competitive advantages. Most work focuses on external forces which are readily observable and help explain why some businesses generate superior profitability.

For investors however, by the time a company has clear competitive advantages driving high returns on equity (ROE), the majority of value creation has often already occurred. To make outsized shareholder returns, we need to understand the direction of a company’s competitive advantage in the earlier stages of its development, before it becomes obvious to other investors.

Many companies begin life with nothing more than an ‘edge’. An advantage over substitutable products or services that attracts customers and creates an opportunity to grow. For example, this may take the form of a better economic proposition (superior product at a cheaper price), a differentiated business model (an existing good or service sold on unique terms to customers), or a new invention (an entirely new product category).

Over time, competitors will seek to replicate the dominant business strategy and in doing so attempt to copy any visible edge. Most of these edges are therefore exposed to an ongoing fade in competitive strength, and companies need to continually evolve the layers of hard-to-copy and non-substitutable elements around the edge to increase its sustainability and drive a high ROE over the long-term.

While not uniform across all companies, one can think of sustainable competitive advantages as typically evolving through four distinct phases: 1) proving up a competitive edge and the right to exist; 2) building initial scale by leveraging the edge; 3) building stronger hard-to-copy and non-substitutable elements around the edge to increase its sustainability; and 4) layering together multiple sustainable advantages around the business.

We are on a constant hunt to find management teams that possess an understanding of how to build an enduring competitive advantage and the importance of investing ahead of the curve to seed future deeper advantages, which may not pay off in the short-term. Finding these opportunities early in their development is one of the most challenging — and potentially rewarding — parts of being a long-term investor.

How a business successfully moves through the phases of competitive ascent is always unique and varies across industries. However patterns are observable, both in the order of incremental advantages developed over time, and in the execution playbooks to build each layer.

Below we walk through the history of Block’s Square segment (ASX: SQ2) and draw out what we believe are the observable patterns of its past.

The founding of Square Seller (Square) in 2009 was inspired by co-founder Jim McKelvey’s experience losing a product sale because his previous small business was not able to accept credit card payments. Attempting to resolve his card acceptance problem, he uncovered an indecipherable US payments ecosystem that was generally too expensive for small businesses.

Together with McKelvey’s business partner, Jack Dorsey, they set about building a solution and devised the now famous small, white square-shaped card reader that plugged into the audio jack of smartphones to allow small merchants to take card payments without a traditional expensive point of sales card reader.

With the new differentiated reader in pilot, Square moved into phase one: proving its concept had a competitive edge and a right to exist. However, before it even started, there were some crucial roadblocks — card networks Visa and Mastercard had operating rules which disallowed Square’s proposed business model.

The networks prohibited ‘card present’ aggregation whereby Square was proposing to aggregate in-store transactions on behalf of small merchants, underwritten by its own balance sheet, and submitting directly to the card network for processing and fee evaluation.

Meanwhile, Square had to get Apple’s approval to connect their card reader to the iPhone via the audio jack, circumventing Apple’s strict dock connector rules.

McKelvey tells a fascinating story in his book The Innovation Stack where Square managed to convince the card networks (Visa and Mastercard) to adjust their rulebook and managed to win Apple’s approval, giving it a licence to exist, secure initial investor funding and bring a differentiated product and business model to market.

With these initial roadblocks out of the way, Square went live with its payments business in 2011 and entered its second phase: building initial scale by leveraging its ‘edge’.

To build on the competitive edge enabled by its product and in-store card aggregation capability, Square layered on additional business model differentiators to reduce the speed with which its prospective competitors could copy its business. These layers included:

1. Simple design  —  one price for merchants irrespective of the card used by the consumer;

2. Free and simple  —  no sign up fees, one single merchant fee and a low priced card reader with a processing credit equal to the value of the reader purchased;

3. Easy sign up  —  a self sign-up process with no contract or credit check and an instant approvals decision process;

4. Beautiful experience  —  applying this to both software and hardware;

These layers were critical in reducing Square’s barriers to scaling. With an affordable card reader, an easy sign-up process, instant approval and many other key frictions out of the way, merchant sign-ups went viral, with Square reportedly growing ~10% week on week for its first two years.

Rather than initially investing in advertising or a direct sales team, Square’s growth was led by its customers as they told its story and word of mouth spread. Through interviewing ex-employees, we’ve learnt that Square’s execution playbook was (and remains) readily definable: beautiful hardware and software will draw customers’ attention, simple low-priced offerings will compel them to sign up and try Square’s products, and many will stay owing to the seamless customer experience.

Product attributes like these driving a company’s growth is not a pattern unique to Square — many businesses build scale through word-of-mouth by leveraging the tactics of a beautiful customer experience (hardware, software, sign up process and support) and a simple offering (one low price, no contracts, often free). This strategy is especially effective when applied as a first mover to an industry filled with weak, non-customer focused incumbents.

As Square initially built scale by leveraging its edge, it began to move into phase three: building stronger hard-to-copy and non-substitutable elements around its business to enhance its competitive sustainability.

To scale economically, Square needed a seamless sign up process without a lengthy, manual and expensive approvals process. At the same time, every step made to simplify the sign up process also increased the risk of Square being defrauded.

Square hypothesised that most fraud attacks came from small-time criminals that used strategies that fit definable patterns, and that with large transaction volumes spread across many micro-merchants, these patterns could be found and prevented using modern data science tools.

This insight proved true, enabling Square to accept tens of thousands of merchants who had previously been locked out of the financial system — deemed unviable to serve by incumbent providers. As Square’s transaction volume grew, so did its data advantage, which reinforced its high acceptance rate and the sustainability of its easy sign-up process.

With Square’s initial edge (differentiated product and business model) and a growing hard-to-copy advantage (data-led fraud modelling) that was continually evolving, it moved into phase four: layering together multiple sustainable advantages around the business.

The second source of sustainable advantage that emerged through time was economies of scale. Square has progressively built a diverse suite of hardware tools for merchant payment processing and small business management, which it sells to customers for (on average) 40% less than what it costs Square to manufacture.

This loss leader is designed to keep customer sign-up costs low and is funded by its growing scale in processing customer transactions, with volumes now over US$150bn on which Square earns a ~2.8% gross transaction margin. This scale continues to fund an expanding suite of software products to serve more merchants in more industries across more of their management needs.

Square’s mission is to give every business the ability to participate in the economy. An interview from the archives with early stage marketing director of Square, Khobi Brooklyn (2012–2014), tells how the team initially built scale by targeting tech- and social-media-savvy small businesses in the San Francisco Bay Area, which helped spread the word.

“Telling our story by showing how our customers are actually using the product is extremely effective — it shows how valuable Square is … instead of saying ‘this is how it works’ we’re able to show it and that’s how businesses start to identify they could use the product too.”  —  Khobi Broodlyn, First Round Interview

Over time, Square re-used this playbook by investing in customer acquisition teams focused on gaining critical mass in new geographies. It continually seeded localised brand value in new areas first by winning over trend-setting merchants and allowing word-of-mouth to spread from there via existing customers.

Square later invested in broader brand advertising to spread its message further. It built upon the groundwork its product features had laid for an approachable brand personality, which was in stark contrast to the typical highbrow institutional financial brands. Its advertising featured its customers as influencers, telling their small business stories, rather than focusing on its own product features like invoicing, processing and lending.

It invested further behind this brand personality in 2017 when it launched an on-going mini-film series called ‘Dreams’ which tells the unique stories of its clients featuring real characters in a cinematic format.

Today, Square’s devices are in millions of merchant stores and are immediately recognisable by consumers across their key markets which is a feat of itself (how many consumers would be brand-aware of other payment terminals?).

This gives Square a brand advantage at scale. When the next consumer thinks about launching their own small business, Square has a leg up as the first payments solution that comes to mind.

The sequential layering of Square’s sustainable advantages bears resemblance to other historic case studies. For example, Xero’s initial edge was a beautiful product and a differentiated business model. It progressively strengthened its technology advantage (double sided accounting ledger in the cloud), layered on a network advantage (3rd party app ecosystem) and organically saw its brand advantage compound over time.

Finding companies with deepening advantages through time and a growing revenue opportunity (be it geographic expansion or penetrating more of a customer’s wallet) can give rise to substantial long-term value creation.

Scaling Square from inception to a US$150bn volume payments business with multiple layers of protection wrapped around its segment profitability was only part one of Block’s success story.

In part two, we will explore how Block took learnings from scaling Square and is actively building an enormous US consumer fintech called Cash App, with the ability to go global. We look at where Cash App is in its four phases of ascent and the strategies it is using to build scale and deepen its competitive advantages.

The article has been prepared by ECP Asset Management Pty Ltd (ECP). ECP is a funds management firm based in Sydney, Australia. For further information, visit www.ecpam.com. ECP and the author own shares in Block (ASX: SQ2) and Xero (ASX: XRO). This material has been prepared for informational purposes only and is not intended to provide and should not be relied on for financial advice. ECP and the analyst own shares in CSL Ltd. ABN 26 158 827 582, AFSL 421704, CAR 44198.